Pastor Tom Mugerwa received a calling from God to start a fellowship ministry in 1990 when he was living in London as a migrant worker. God had asked him to go back home in Uganda to build Him an army that will fight the battles during the end time periods. Back home, his wife, now Pastor Justine Mugerwa, had opened up their house for home cell meetings every Friday with five other members. For some time, Pastor Tom Mugerwa had ignored God’s call and as a result, whatever he was doing in London wasn’t progressing. It even came to a point that he became so ill and was admitted in hospital.

Five months later, Pastor Tom submitted to God’s command and went back home to lead the fellowship. With him coming back, there was no turning back though it was not easy decision for him. Upon his return, he shared his experience with God together with the cell members at home and was later picked on to become the head of the home-cell meetings. Go blessed the home-cell ministry as members grew in number to a point that the house was too small to accommodate them. What was only Friday weekly day meetings surpassed to include Wednesdays, and adding on overnights. This set a great momentum where many people joined the home cell, including both Christians and new converts.

This great increase left no space in the house resulting into putting up the first papyrus shelter outside the home to accommodate the surge in number of people coming to fellowship. What was previously a home cell turned into a church and this led to the birth of the name Mutundwe Christian Fellowship. A few years later, the papyrus shelter also became too small for the growing congregation and a bigger wooden shelter was constructed. Yet again this wasn’t enough that a bigger structure which currently stands as the church building was constructed in 2002.

During this end time period, everything has become more difficult for the human race, especially for Christians. Famine is increasing, wars are everywhere, Christians are persecuted, witchcraft is on the increase, generally life is becoming difficult for God’s people as the devil is becoming more desperate and has upped the ante to destroy as many souls as possible. Therefore to fulfill his God sent mission, Pastor Tom ministers the gospel of deliverance that rescues souls from the devil’s curses and bondages to take up the rightful positions in the Lord’s righteous army will lead the battle against the devil through these end times right to eternity. Through this ministry, Pastor Tom appeals to all categories of people including, children, youths, marrieds, politicians, religious, ministers, workers both in formal and informal sector, to mention but a few.

God has truly blessed Pastor Tom Mugerwa and the ministry of Mutundwe Christian Fellowship as we have witnessed various testimonies from all sorts of people from all over the world, testifying on God’s goodness, faithfulness and deliverance through this ministry. If you are new to this ministry, try and come visit us during one of our weekly church services or you can access some of Pastor Tom’s resources that include books as well as audio and video sermons, some of which are available here online, and we promise your life will never be the same.

Thank you and God bless you. 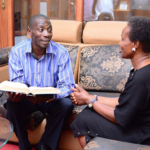 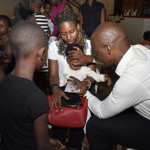